Onur Sinan Güzaltan was born in Istanbul in 1985. He had his Bachelors’s degree in Law, from the Paris-Est Créteil Val de Marne Universty /Paris XII and a Master’s degree in International and European Law.

He got his certificate of diploma equivalence at Galatasaray University. Later, he got a Master’s degree in International Trade Law, at the Institut de Droit des Affaires Internationales, founded jointly by the Sorbonne Universty and the Cairo Universty.

In this process, he had served as the Cairo representative for the Aydinlik Newspaper. He has several articles and television streams within the international press, in such as People’s Daily, Al Yaum, Al Ahram, Russia Today France, Komsomolskaya Pravda, Al Youm Al Sabea. In addition to being the author of the Tanrı Bizi İster Mi?, a work that studies the 2011-2013  political period in Egypt, he had also contributed to the multi-author study titled Ortadoğu Çıkmazında Türkiye, with an article that focused on the Turkish-Egyptian relations. While currently working as a lawyer, he also writes a weekly column for Aydinlik Newspaper on the subject of international politics and geopolitics. 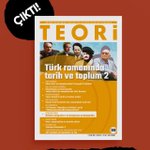